Don’t overlook the powers of mushrooms, these fungis are some of the most powerful superfoods available to us.

Here we talk about 9 species of fungi that you need to know about!

The super mushrooms we talk about are: 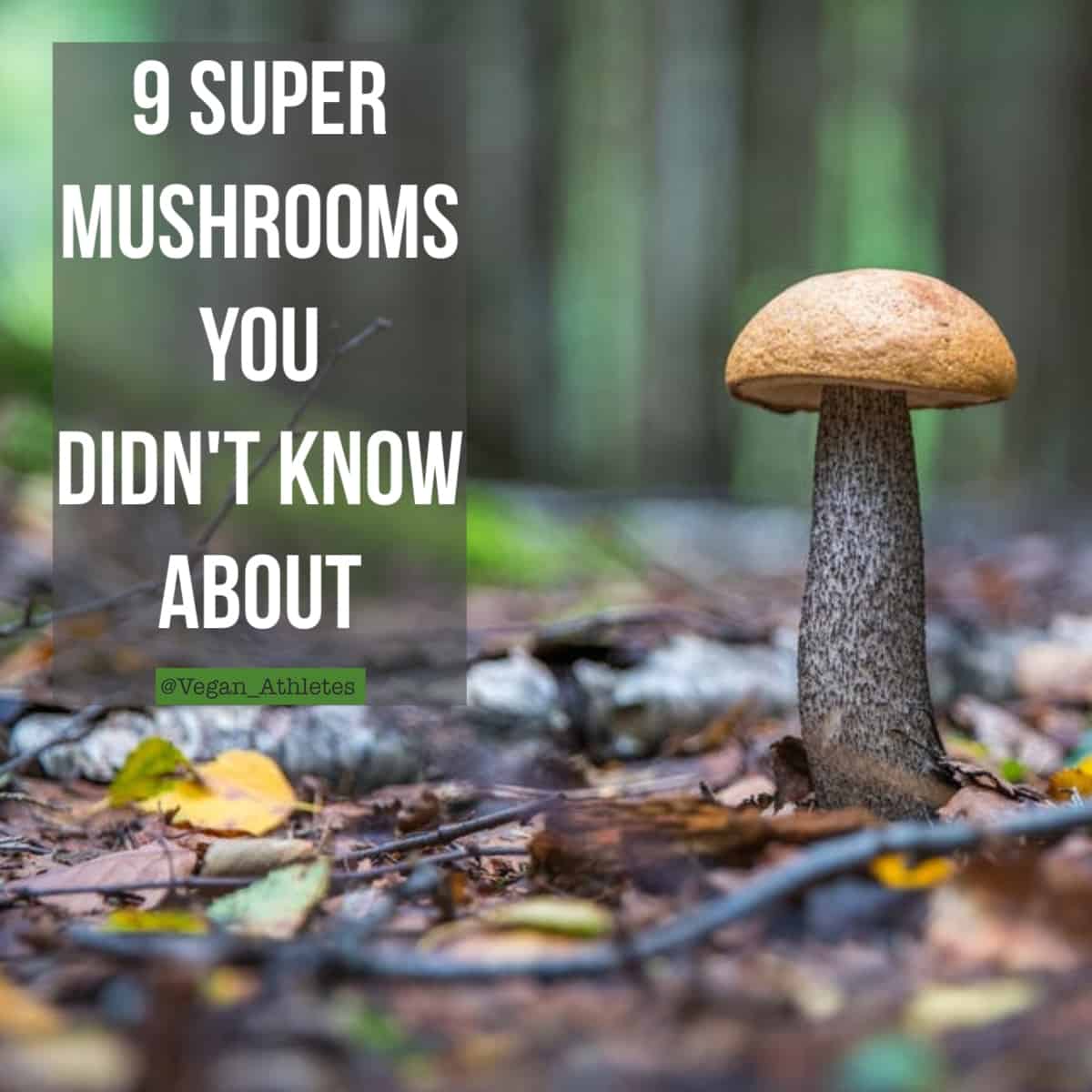 Read about our Top 5 Mushroom Supplements for Health

Mushroom health facts don’t just stack up based upon conjecture and word of mouth. Modern studies are aligning with what people knew centuries ago.

We’ve trialled and tested, Raw Sport Recover mushrooms, that consists of all 9 essential mushrooms. We’re now huge proponents of this brand and their superior processes.

Find out more about the process of these super mushrooms. They provide professional details on their organic, GMO-free extraction technique. Click here, to get more information on the ingredients, process, source, pricing and 9 mushroom complex from the famous Raw Sport company. It’s been proven to aid recovery, repair cognitive function, mend tissue and strengthen your immune system.

Don’t forget you can get 20% off with our code (VeganAthletes20). Here at Plants For Fuel we handpick products and only recommend ones we use or successfully trial.

Read on to find out more on the research..... 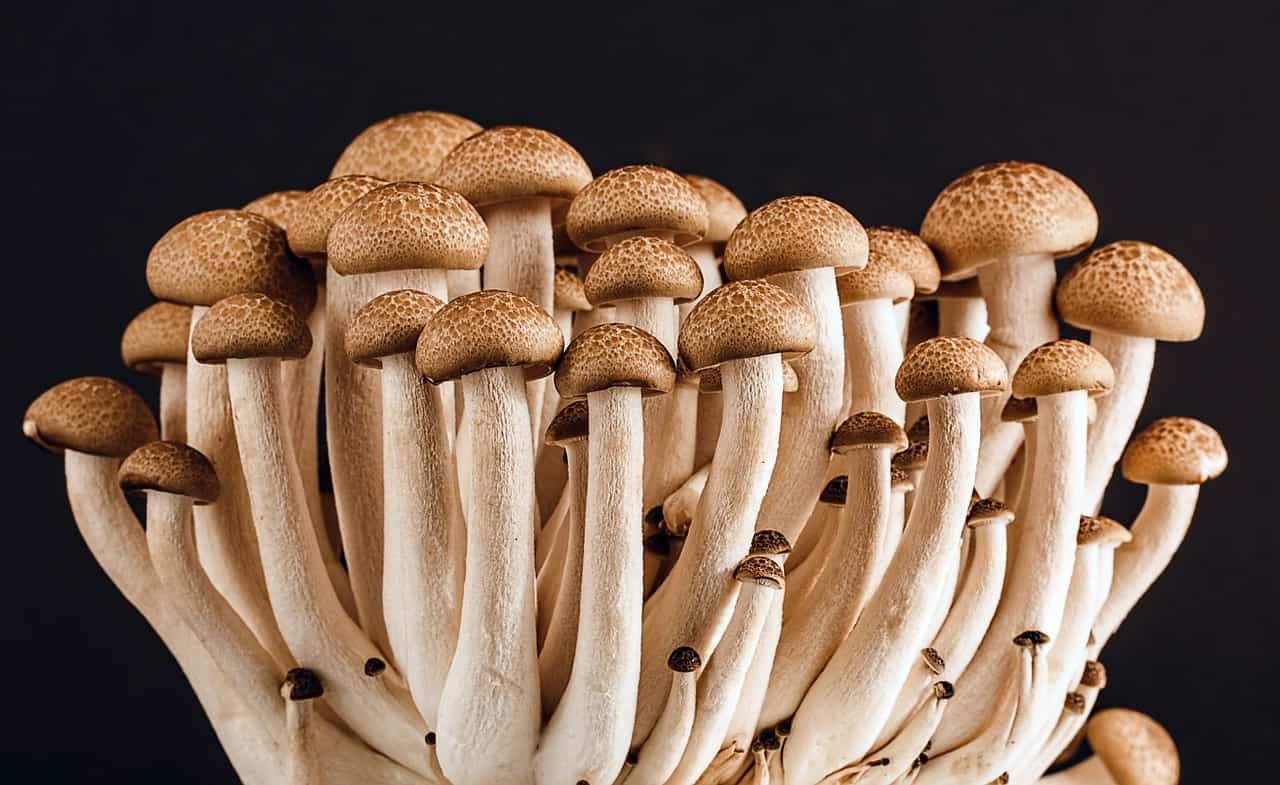 You’re likely familiar with mushrooms but generally consume only one or two species. Sadly, there are many overlooked species of fungi that the common person is completely unaware of.

While we may all have eaten a button or a Portobello in our time, how many Cordyceps have you eaten? Let’s take a closer look at some of our favourite mushrooms that grow in the wild.

The Agarcius mushroom originated in Brazil. It is a species that can be commonly found in both East and South America. They be consumed orally and enjoyed as part of a tea. They have incredible medicinal properties that can fight problems such as heart disease and cancer. They are also thought to help with your body’s insulin levels.

Another fungi that is widely used for medicinal purposes. This mushroom is fantastic for helping treat various infections, anxiety and cognitive problems. It’s thought to be able to rebuild and strengthen your immunity. It also keeps your blood flowing at a healthy rate.

The Cordyceps, like the Lion’s Mane, is a parasite – and this long, thin species of mushroom grows avidly in humid tropical environments such as rainforests. They are also thought to be able to help reduce cholesterol, protect our livers and offer faster recovery from breathing problems.

Chaga – a parasitic mushroom – is a tree-growing fungus that can be easy to spot. For many years it has been hiding in plain-sight. This black, crusty mass is growing in popularity. Scientists are now revealing many of Chagas benefits- such as helping combat stomach and intestinal problems. It is a proven booster for skin health, as well as balancing our immune system and supposedly repairing DNA.

Lion’s Mane is one that is slowly gaining the recognition that it deserves. Again it’s a parasitic, and also boasts numerous other medicinal benefits. The incredible fungus has gained traction in the medical research world. That is because it has nerve-repair properties amongst much more. Read below for all of its advantages.

Paul Stamets is a Mycologist, he discusses some of the Lion's Mane mushroom 'powers' with Joe Rogan.

Sometimes referred to as the ‘hen of the woods’ thanks to its unique plumage, this mushroom has been a staple of alternative and natural medicine for centuries. They are often found late into the year and are harvested, again, for their fantastic medicinal properties. They can help in the fight against various cancers and serious illnesses or disorders that could shorten your lifespan – making them an ideal inclusion in any diet.

Poria mushrooms are not your everyday supermarket purchase – they’re commonly used in Chinese herbology and are also used primarily as a source of medicinal aid. The medicinal part of this mushroom can be found in its filaments – and they are commonly used to help treat a wide range of infections and cognitive problems. It’s one of many mushrooms that has a huge number of catch-all solutions.

Oyster mushrooms are commonly found in markets all over the world – they’re notably for their broad, wide caps and their delicious mild flavour – they are full of essential nutrients and have long been studied for their health benefits in any everyday diet. As some of those most common mushrooms available, there’s never been a better time to start cooking some up for a few classic mushroom recipes.

Its full name, Polyporus Umbellatus, literally means umbrella-shaped – it it’s also a great umbrella for many different health issues and needs. It’s a fantastic aid against liver problems in particular, though this rare fungus can also be used to help fight against certain cancerous growths and improve the immunity of even the weakest individuals.

There’s a lot of links between mushrooms and Vitamin D. The oft-cited fact is completely true, mushrooms are packed with Vitamin D2. Unfortunately it’s Vitamin D3 that is the more desired relative. Research is still on-going, you can read more about vegans and getting Vitamin D in our article, here.

It’s key to note that 90% of all Vitamin D should be absorbed from getting out in the sun. 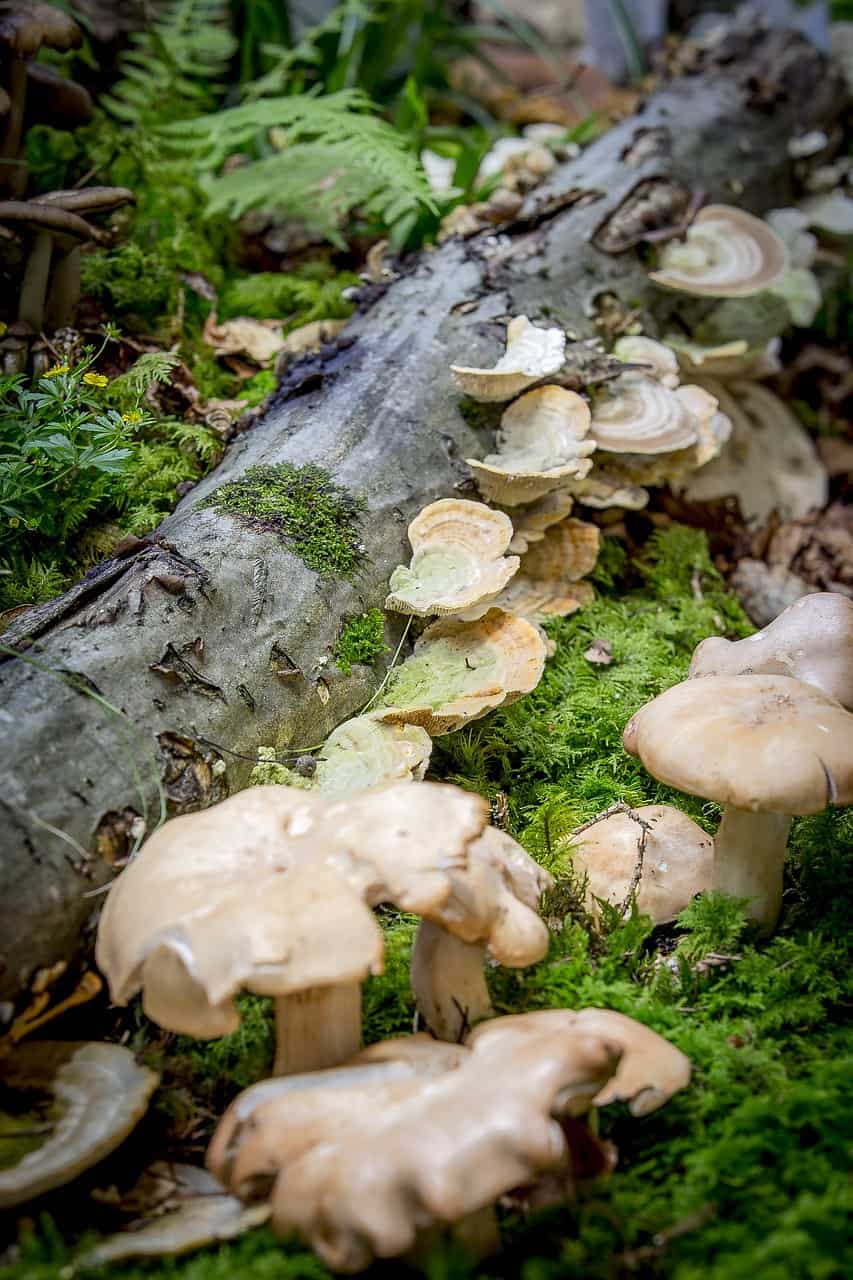 It’s been discovered that mushrooms increase the influence of protein production. Subsequently, this enables your body to protect you from illness. Therefore, their natural composition can actively help to defend you against even the worst bouts of sickness.
Guzzling mushroom sauce won’t be a strong enough protocol for your body. You will need real super mushrooms that have been through the correct processes during growth. Due to the anti-viral bodies, it is capable of helping fight of sickness and infections. There are also cancer-fighting properties, we discuss below.

Look and Feel Great – With Mushrooms?

You may have heard the famous saying, heal within first. Well, that is the case with mushrooms, they go to work internally. That said, they also do their job on the outside too.
They help towards fighting off diabetes and even give skin the glow it deserves.
While there may not be a natural catch-all solution for removing all harmful illnesses and disorders at the point of attack – it is widely agreed that mushrooms are essential for looking good and feeling great. Complexion, hair and more besides all feel the benefit of regular mushroom intake – meaning that if you haven’t considered taking more on as part of your regular diet, there has never been a better time to start incorporating them into your routine. Ancient Chinese practice has used various mushrooms to help promote beautiful skin and to help keep weight at a healthy balance for centuries – maybe it’s time we started paying more attention

Are Mushrooms Classed as a Superfood?

Yes – while your standard mushroom soup served from a can may not necessarily be the most antiviral or antioxidant on the planet, fungi have only recently been named as a rising superfood of interest. This is somewhat strange to us – as the health benefits of mushrooms, particularly in those rarer ones found out East, are plain to see. Our own studies and multiple research papers worldwide have found that there are varieties of fungi and other growths which can help to heal the body after certain illnesses, can stave off nasty viruses, and can even help to boost your chances of a longer lifespan.

Mushrooms such as the Agarikon, which are not commonly eaten or found in Europe, are particularly useful for those who may be at risk from certain illnesses or strains. It is therefore essential that more of us start looking into the benefits of even the world’s weirdest fungi – and, where possible, start taking on more of these delicious delicacies to boost our own physical and mental health. You read that correctly – we’ve even found that some mushrooms can help to alleviate anxiety, depression and may even hold the key to answering complex problems such as dementia.

Yes – absolutely. All of the mushrooms we list here can help fight against bodily dysfunction in some form or another – and the vast majority of them are superb at helping to fight against cancerous cell growth and even against specific types of cancer. Studies into rarer mushrooms have found that a healthy diet of certain fungi can help promote anti-cancer chemicals and can even help to restore the body to its former self during periods of chemotherapy – where you may be weakened after having fought a particularly nasty disease.

Cancer comes in various forms and strengths and while we are yet to find an absolute cure for cells that develop malignant growths, it’s important to remember that there are a host of foodstuffs and supplements out there which can actively help your body prepare itself against anything nasty that may come its way. In our opinion, some of the rarest and wildest of mushrooms and growths all over the world – the likes of some you may never even have heard of – hold the key to fighting cancer in the future. For now, they are fantastic additions to any diet – and if you are unable to come across any of the rarer mushrooms we recommend, there is of course a way around this – a supplement! Not to say that this is the cure, but you should really delve into this research, you can find out more of the benefits at Raw Sport, where they offer a 9-fungi supplement in capsule form- here.

The infinitive powers of mushrooms are still being discovered and apart from helping us absorb protein, repair DNA and add to our overall health they even fight off cancer.