I went from not being able to walk when I woke up to being able to train at an elite level in a number of sports and competitions, I put this down to a few lifestyle changes and certainly believe yoga has played a key part.

Yes the title may seem a little cheesy, however, I would go as far as saying that yoga has changed my life dramatically for the good. Before I started doing yoga regularly I had severe back issues and would let things get to me that wasn’t even an issue. Something like spilling almond milk all over my bag would get me really wound up (something you shouldn’t cry about apparently). Now I can let that pass without any problems. There are some phenomenal benefits to yoga. My only regret is that I didn’t find it sooner.

Some of the benefits of yoga are:

In addition to the benefits, yoga has taught me so much more. Like I said my only regret is that I didn’t find it sooner. I would recommend that everyone does some form of yoga at least once a week. I think with the rise in social media the stigma attached to yoga isn’t as bad as it used to be. A few years ago a lot of people would think it is weird that a male does yoga but that is starting to change a little now. You still get the odd person who questions it when they find out that I practice yoga. When they do question it i just try to educate them and reinforce that it’s not just for hippies who care about the planet. Don’t get me wrong the yoga world is still dominated more by women but week by week more males seem to be getting involved. 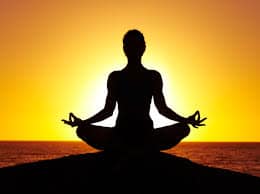 Yoga teaches you how to breathe properly. I know what you are thinking, I breathe properly anyway. This is exactly what I thought before starting yoga. After my first yoga session I left the studio with a banging headache and went for a lie down. This was my first headache in years. Upon returning to the yoga studio I questioned the instructor about the splitting headache I had. He put it down to two things, firstly I might have been dehydrated which isn’t likely as I drink about six litres daily. Secondly, it could have been that I wasn’t breathing properly. Next session I went to I tried breathing exactly how they told me to. The result, no headache and left feeling amazing. This got me thinking and started researching breathing techniques. If your familiar with Wim Hof then you will already know the importance of breathing properly. I started applying these yoga breathing techniques to other areas of my life such as weight training. It helped massively. Also every morning I do a minute of deep inhales and exhales whilst in the shower and in makes you feel great. Give it a try.

So you might be reading this thinking what the hell is a breathing exercise and how do I do it? I’m going to give you two types of breathing exercises that I have learnt from practicing yoga and now do on a regular basis. It is very relaxing and only takes a few minutes out of your day. You can even kill two birds with one stone by doing it in the shower.

The second approach known as “alternative nostril breathing”. This is a more advanced method on the others that yoga instructors love! When I first tried this method is couldn’t get the timing of the breathing correct. Now I have and it makes you feel really refreshed. This style of breathing is not recommended before bed as it is compared to having a cup of coffee so I would do this one earlier in the day. So how do you do Alternative Nostril Breathing?

We all think we haven’t got an ego but everyone of us has one to some extent. If your ego is huge then hit a yoga studio and it will soon humble you. If a sixty year old women in lycra who is more bendy than you doesn’t drop your ego then you haven’t got a chance. I went into the yoga studio for the first time and thought it would be a breeze because I train. I had a shock early on. My ego took over and started seeing it as a competition against others in there, even though we were told before the class started to focus on yourself. After about twenty minutes I gave up competing with others and just tried to enjoy it. Now I go and just focus on what is happening with my own body. I have progressed loads since focusing on myself. It has taught me a lot in life aswell. I now don’t compete with anyone with anything apart from myself. The only person that matters in yourself. Focusing on someone else isn’t going to help you so don’t worry about others. 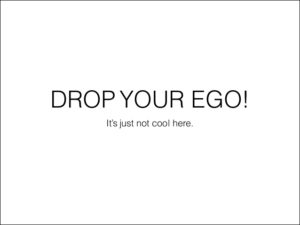 If you have had a tough workout the day before or even on the day, then the last thing you want to think about is doing more exercise. However, using yoga as a form of active recovery can actually repair muscle fibers more quickly than other common forms .The combination of stretching and relaxing muscles encourages blood flow to broken down muscle tissues. So do some yoga then you can train again in no time.

Yoga helps strength, flexibility, balance and mental focus, it primes us to perform better in high intensity sessions. The benefits that we gain from yoga help us to be smarter  when working out, keeping us safer and more physically balanced.

Injury occurs when something is misaligned, or, there is a lack of awareness in what we are doing. Because yoga balances our postural alignment and improves mental focus we are more able to protect ourselves from injury when performing intense workouts. Injury prevention is a great reason why you should be doing some form of yoga. I can relate to this on a huge scale. I was diagnosed with slipped discs in my lower back. I was in alot of pain. I was told I was lucky I wasn’t in a wheelchair. After being hooked on tramadol which is a strong pain killer, I decided I had enough and wanted to take the more holistic approach to curing my disc issues. I went vegan to start with which helped loads but there was still some uncomfortable twinging in the lower back and down the back of the right leg. I started going to yoga just to give it a try and after a few months the pain wasn’t as bad. After I little hiccup with my back flaring up again I decided I’m going to try yoga more than once a week. I now go three times a week and my back has never felt better. It sounds ridiculous but for the first time in five years I managed to touch my toes with straight legs. To the average joe that isn’t a massive achievement but considering I couldn’t even bend forward twenty percent or normal range of motion it is a huge achievement for me. I can never see yoga not being apart of my life now as it has helped dramatically. I recommend it do anyone who is trying to get over a injury or just wanting to feel better in yourself.